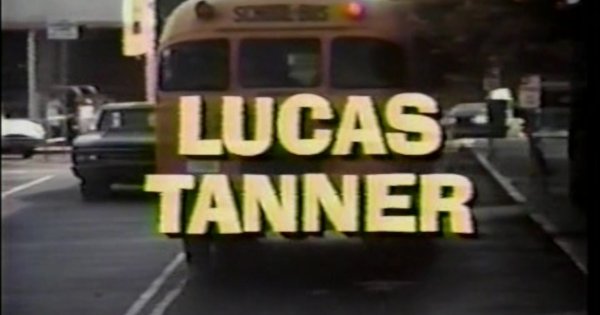 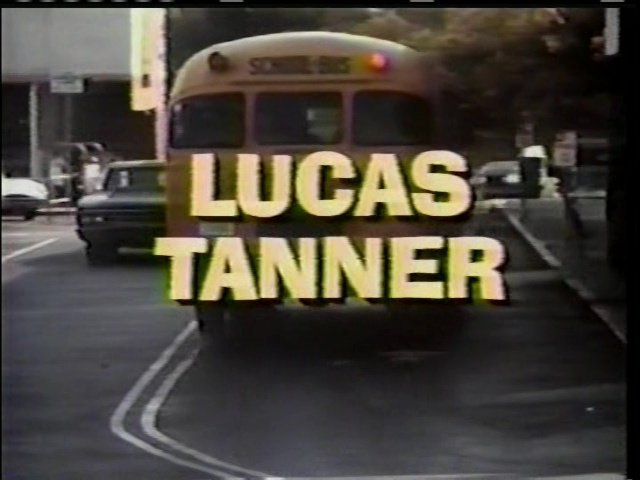 David Hartman stars in this 90-minute pilot telefilm as Lucas Tanner, a former pro baseball player and sportswriter who becomes a teacher after the death of his wife and son. He teaches English at Harry S Truman Memorial High School in Webster Groves, Missouri. When one of his students dies, Lucas blames himself and may lose his job. He also has to deal with a bitter department chairman plus an emotional girl with a secret.

Lucas Tanner is an unconventional English teacher who tries to connect with his students and make the classroom exciting. That doesn’t sit well with Craig Willeman, chairman of the English department. Tanner has the support of Principal Margaret Blumenthal, who warns him not to underestimate Craig.

When one of Tanner’s students, Clay Winterbury, collapses during class, he’s rushed to the hospital. A massive blood clot is found under the outer layer of his brain caused by a blow to the temple. Tanner recalls Clay getting hit in the head by a baseball during batting practice. And Tanner, a former pro baseball player, was pitching. Sadly, Clay dies during surgery.

Tanner calls for an investigation into Clay’s death to determine whether his pitching was responsible. Craig wants him to resign but he refuses.

Another student, Joyce Howell, breaks down in tears during class and runs out of the room. She won’t tell her mother what’s wrong so her mother blames the school. Joyce shows up at Tanner’s house that weekend and spends the day with him and his young neighbor, Glendon. She later returns late at night and tells Lucas she considered killing herself but couldn’t because then Lucas wouldn’t know the truth about Clay.

Joyce and Clay went on a few dates last fall. They got along great. Clay invited her to spend the weekend with him at his uncle’s cabin. While changing a light bulb, Clay fell and hit his head. He was unconscious for a few minutes but swore he was okay. Joyce wanted to tell Tanner the truth but was afraid her parents would find out about her and Clay. She makes him promise not to tell anyone.

Joyce loved Clay and can’t face life without him. Tanner comforts her, sharing his own experience with grief after losing his wife and daughter. He tells her the pain will ease up. She’ll never forget Clay but eventually it won’t hurt as much. Tanner drives Joyce home at 2AM and her parents, who weren’t supposed to be home, are furious. They assume Tanner seduced their daughter.

On Monday, Tanner demands Principal Blumenthal call a meeting of a faculty committee, one that happens to be headed by Craig Williams. After a passionate defense of the teaching profession from Tanner, Joyce comes clean about her relationship with Clay, clearing Tanner of any misconduct and absolving him of any responsibility for Clay’s death.

Sometimes it’s hard to watch a TV show when you’ve read a lot about it and know the plot and what’s going to happen. Fortunately for me, I’d forgotten everything I knew about the plot of Lucas Tanner by the time I got around to watching the pilot telefilm. So, I was able to enjoy the story as it unfolded.

I was surprised when Clay collapsed in Tanner’s classroom and later died. It was a dark turn for had until that point been the story of an unorthodox new teacher. I expected the rest of the telefilm to revolve around an investigation into Clay’s death, with Tanner’s job on the line. But there was no investigation, no police officers interviewing teachers and students, no medical examiner digging for the truth.

Instead, the telefilm progresses slowly, revealing bits and pieces of Tanner’s life. I initially assumed Joyce’s storyline was unrelated to Clay’s death. I thought maybe she had a crush on Tanner. At one point, it felt like the plot had shifted entirely, ignoring Clay’s death and the investigation entirely.

Joyce’s revelation about her relationship with Clay brought the two storylines together. That could’ve been the end but her wish to keep the relationship a secret and Tanner’s desire to keep her confidence added another twist. Tanner knows he didn’t cause Clay’s death but he can’t tell anyone and now Joyce’s parents assume the worst.

Everything works out for Tanner and Joyce in the end. He keeps his job and she learns her parents won’t hate her if they learn the truth about her and Clay.

In April 1975, Pyramid Books published A Question of Guilt, a novelization of the Lucas Tanner pilot telefilm written by Richard Posner.

Nowhere. Neither the Lucas Tanner pilot telefilm or the weekly TV series have been released on any format.

Do you remember watching Lucas Tanner on NBC in May 1974? Did you watch the weekly TV series during the 1974-1975 season? Hit the comments with your thoughts.