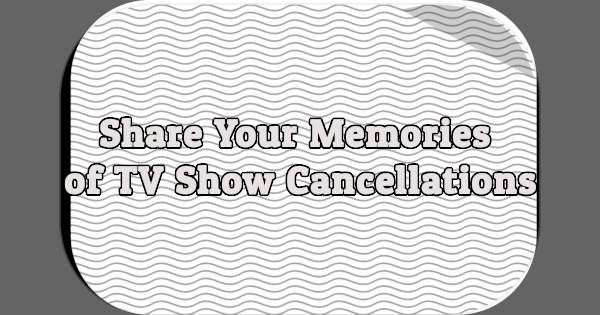 How Did You Learn the News?

Depending on how long you’ve been watching television, you may not remember the first time you learned a TV show you watched and enjoyed had been cancelled and wouldn’t be returning. These days, many people learn about TV cancellations on Facebook or Twitter, in some cases directly from a member of the cast or crew.

I’m old enough to remember a time before the World Wide Web, before cancellation reports spread instantly through social media. I’ve written about my love of one season wonder Earth 2 (NBC, 1994-1995) before. It was the first “grown-up” TV show I watched and I was devastated when NBC cancelled it after a single season. But I don’t actually remember how I found out Earth 2 was over. Although the World Wide Web existed in 1995, and Earth 2 fan sites and Usenet groups existed, my family wasn’t online.

My best guess is I heard the news from my parents, who probably read about Earth 2‘s cancellation in a newspaper or magazine article.

If you remember learning a favorite TV show had been cancelled, I’m curious to read your recollections. Did you find out from your parents? Did you hear it from a coworker? Or did you learn the sad news yourself in TV Guide?

3 Replies to “Share Your Memories of TV Show Cancellations”