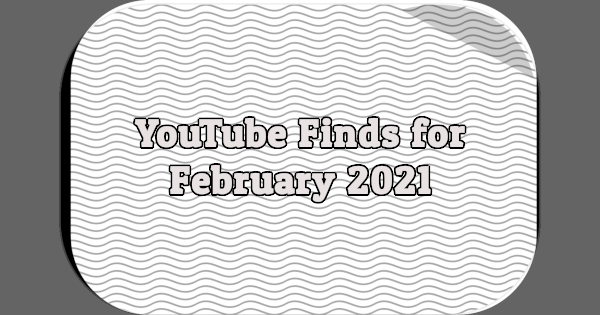 When I launched Television Obscurities way back in 2003, video on the Internet was primitive. There weren’t a lot of websites offering clips and footage from old, forgotten television shows. Then came YouTube in 2005. Fast forward to today and there are people who think if a TV show isn’t available on YouTube, it doesn’t exist.

No, not everything is on YouTube, not by a long shot. Too many TV shows are lost or locked away in a vault somewhere. And YouTube is far from perfect. The quality of many videos is atrocious. Information is often incorrect. Content can disappear without warning. Nevertheless, YouTube has become an invaluable resource for historians, researchers, and television fanatics. So, I’ve decided to start a new monthly column called YouTube Finds where I’ll share five or six videos that I find particularly interesting or noteworthy.

First up from Obsolete Video, here’s roughly 35 minutes of coverage of the 53rd Annual Thanksgiving Day Parade on NBC, hosted by Ed McMahan and Bryant Gumbal.

Next, from Moviecraft Inc., here’s a 1946 “Woman Speaks” newsreel that includes a brief look at the “all feminine staff” of TV station WBKB in Chicago.

Thanks to Kevin Day you can check out the first half of “”Burt and the Ladies,” the third installment of The Burt Reynolds Late Show, originally broadcast in December 1973 with guest stars Carol Burnett, Nancy Dussault, Nanete Fabray, Jaye P. Morgan, Bernadette Peters, Jo Ann Pflug, Della Reese, and Joyce Van Patten.

From The Museum of Classic Chicago Television, here’s a 1979 commercial for KISS action figures by MEGO.

According to TrekCore, these are “the earliest known production interviews with William Shatner and Leonard Nimoy.” They’re from August 1966 during filming of the Star Trek episode “What Are Little Girls Made Of?” (first broadcast on October 20, 1966).

Finally, from Gilmore Box, here are the opening credits to The Growing Paynes, an early sitcom that aired on the DuMont Television Network from 1948 to 1949.