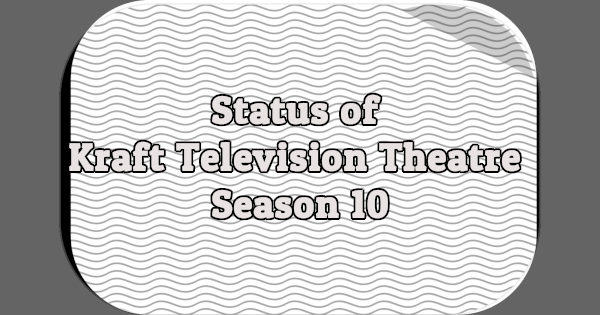 The Museum of Broadcast Communications (MBC) has 34 episodes from this season in its collection. The Library of Congress (LOC) has 23 episodes. The UCLA Film & Television Archive (UCLA) has four. Together, these three institutions have copies of all but seven episodes from Season 10.

Keep in mind that just because the big TV archives/museums only have certain episodes doesn’t mean there aren’t additional episodes of Kraft Television Theatre from the 1956-1957 season out there somewhere.