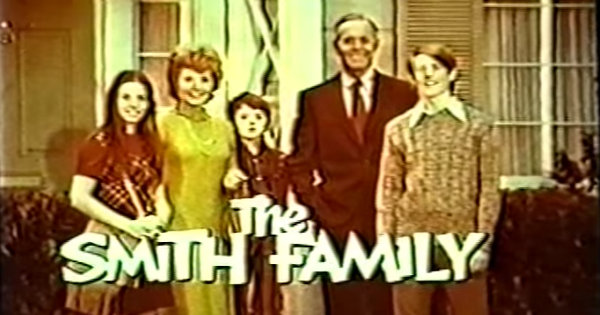 The Smith Family (ABC, 1971-1972) is available now on DVD from VEI and CBS DVD. Henry Fonda starred as police detective Chad Smith alongside Janet Blair, Darleen Carr, Ron Howard, and Michael-James Wixted. The series debuted as a mid-season replacement in January 1971 and ran for 15 episodes. ABC renewed it for a second season that debuted in September 1971. The network put the show on hiatus in January 1972. It returned three months later. A total of 39 episodes aired.

The Smith Family DVD features all 39 episodes. The first season theme song, Primose Lane, which rose to the #8 on the Billboard Hot 100.

Season 1
Sergeant Chad Smith works as a Los Angeles police detective, working to solve burglaries, arson cases and murders. At the same time, he tries to balance the ups and downs of being a husband and father to three in stride.

Season 2
On the job, police detective Chad Smith faces bad guys and bad situations. At home, he faces the trials, tribulations and happenings that come with a worried wife, two teenagers and a young son.

Here are the first and second season opening credits:

Support Television Obscurities and purchase The Smith Family from Amazon or buy directly from VEI.

10 Replies to “The Smith Family Available on DVD”