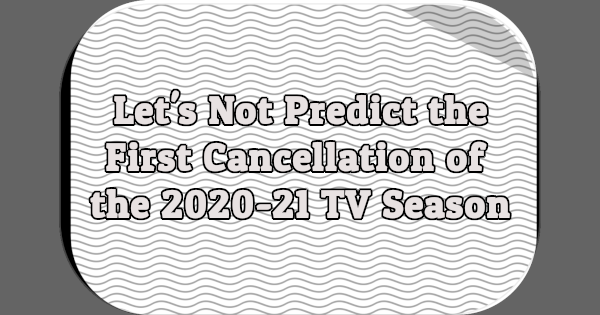 Every September since 2009, I’ve posted a list of new network TV shows and asked readers to predict which will be the first cancellation of the season. I’m not doing that this year. The COVID-19 pandemic has thrown the 2020-2021 network television season into disarray. Many new and returning scripted shows won’t debut until October or November. Both FOX and The CW plan to hold most of their new and returning hits until January 2021.

Feel free to share your thoughts about the new season in the comments.