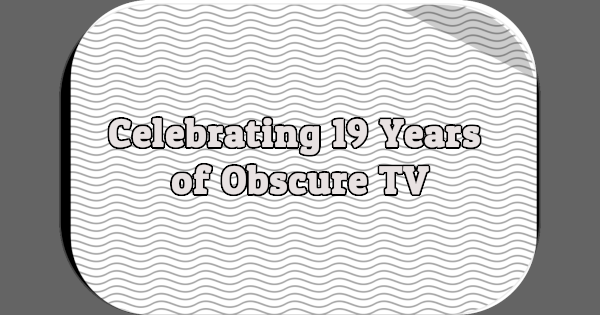 If you’ve read the About page or the two part history of Television Obscurities I wrote back in 2013, you’ll know that the early history of this website is murky. It dates back to around 1999 when I started building a personal database with information about TV shows that interested me.

In late 2000, I started a website called “Forgotten Television” that later became “Television That Time Forgot” at some point in 2001. Both of these websites have vanished without a trace from both the World Wide Web and my computer backups.

For a variety of reasons there hasn’t been much activity at Television Obscurities over the past eight or nine months. I hope to change that soon by focusing on a few things I’m currently interested in writing about. A few years ago I got back into trading cards in a big way so I’d like to write more about trading cards based on TV shows. I may write about specific network fall preview specials, which is something I’ve wanted to do for a long time.

Also, coming up on July 1st is the second annual Lost TV Day at Television Obscurities. Unfortunately, given how busy I’ve been lately, I don’t have a lot planned this year. But I’ll throw something together to mark the occasion.