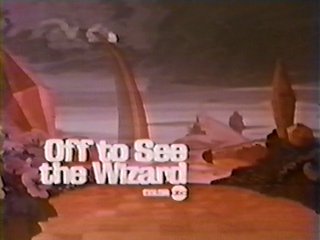 Off to See the Wizard was an anthology series that aired on ABC from 7:30PM-8:30PM during the 1967-1968 season. Each week, the characters from The Wizard of Oz — in animated form — would introduce a feature film or other programs. Because it only ran an hour, often films were shown in two parts over the course of two weeks. Films shown included Lili, Clarence the Cross-Eyed Lion, Zebra in the Kitchen and more. Also shown as part of Off to See the Wizard were television pilots, including “Alexander the Great” with William Shatner and Adam West.

For the 1967-1968 season, ABC used the slogan “A Very Special Season” and distinctive kaleidoscopic imagery to promote its new and returning programs. New programs included N.Y.P.D., Cowboy in Africa, Good Company, The Flying Nun, Off To See the Wizard and Judd, for the Defense. Due to Labor Day, ABC kicked off its premiere week on Tuesday, September 5th.