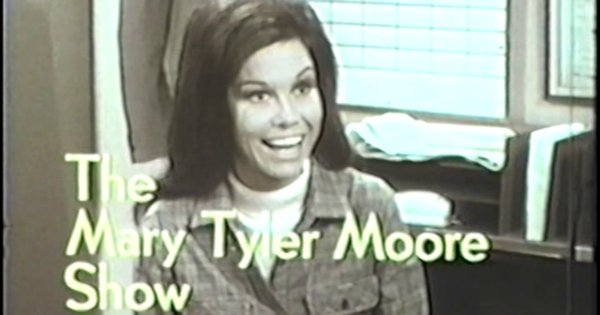 When someone as famous as Mary Tyler Moore dies, it’s hard not to focus solely on what made them famous. Her roles on The Dick Van Dyke Show and The Mary Tyler Moore Show pretty much overshadowed everything else she did, including several failed TV shows. But Mary Tyler Moore was so much more than Laura Petrie and Mary Richards. Countless memorials and tributes have already been written. There’s no need for me to pen one.

What I will share is this segment from the 1970 CBS fall preview special that showcases a new sitcom called The Mary Tyler Moore Show. It features a lengthy scene in which Mary Richards meets Lou Grant for the first time. Included is the famous “I hate spunk!” exchange between Mary and Lou.

(I’ve been unable to confirm if the 30-minute CBS preview special aired on television. The network may have created it for use at a gathering of CBS affiliates.)

Fans of The Mary Tyler Moore Show will notice this isn’t the same scene from the series premiere. The dialogue is mostly the same but the set is different, as are the outfits Moore and Ed Asner are wearing. I don’t know the full story behind this footage. CBS gave The Mary Tyler Moore Show a firm commitment without ordering a pilot episode. Was this scene filmed or taped as a test to sell the concept to CBS?