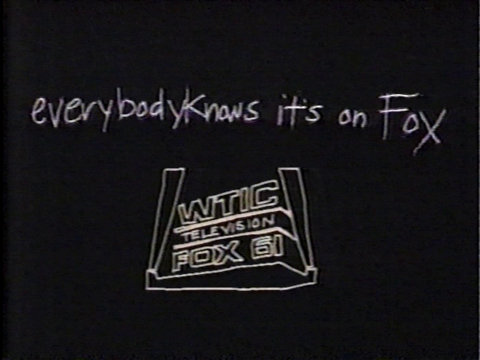 Here’s an image spot for WTIC-TV (Channel 61) in Connecticut. The formerly independent station affiliated with FOX in 1986. This spot is from October 1992 and was likely part of the station’s 1992-1993 image campaign. It features FOX network programming like The Simpsons and Married with Children as well as syndicated and local programming.

The spot starts abruptly but I don’t know if it was supposed to run for 45 seconds or a full minute. If the latter, a good chunk of the spot is missing.