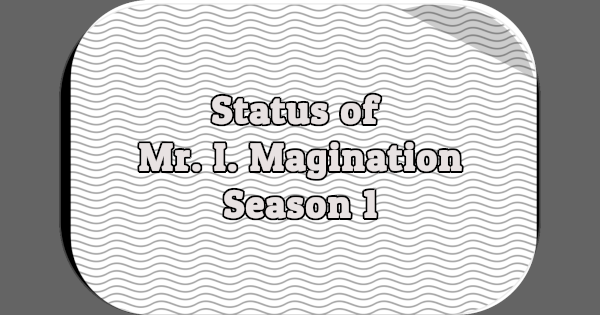 Mr. I. Magination premiered as a local New York City children’s program on Sunday, April 24th, 1949 at 6:30PM on WCBS-TV. Paul Tripp created the series, wrote the episodes and served as host. The series was produced by Worthington Minor, Norman Pincus and Irving Pincus. It was directed, at least initially, by Hugh Rogers. In addition to Tripp, regulars included Ted Tiller, Joe Silver and Ruth Enders (who was married to Tripp).

Each episode took viewers on a trip to Imagination Land, where historical events were re-enacted using children in the pivotal roles and minimal sets.

After five weeks on WCBS-TV, Mr. I. Magination expanded to three additional CBS stations in Philadelphia, Baltimore and Washington and shifted to 7PM. It likely continued to expand to additional stations.

For the purposes of this guide I’ve decided to arbitrarily call the Sunday, September 25th, 1949 broadcast the end of Season 1, when in fact that series never took a break and continued airing new episodes through June 1950 before taking the summer off. Beginning with the October 2nd, 1949 episode, the series moved back to 6:30PM, likely as part of the network’s plan for the 1949-1950 season.

Of the 23 episodes that were broadcast from April to September 1949, three are known to exist, including the very first episode. That’s remarkable, considering the fact that it only aired on one station. The Paley Center for Media has three episodes from the first season, including the premiere. It also has 11 episodes without air dates that may or may not have aired during the first season. UCLA’s Film and Television Archive also has a copy of the premiere episode. The Peabody Awards Collection has one other episode.

I’ve compiled this guide from TV listings published in The New York Times, which did not include episode titles. The episodes appear to be named after the historical character depicted. The episode at the Peabody Awards Collection featured Robin Hood so that’s what I’ve called it.