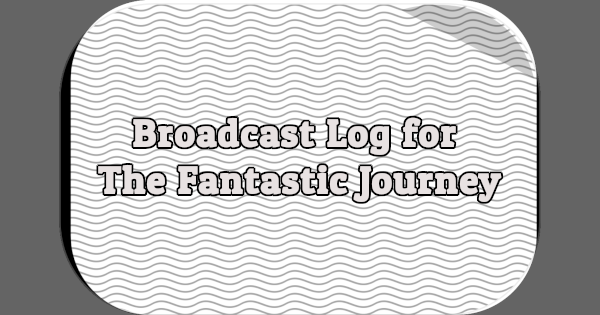 It took NBC four months to air 10 episodes of short-lived sci-fi series The Fantastic Journey. It premiered in early February and the series aired weekly that month. It was pre-empted twice in March and April and then went off the air for seven weeks, returning in mid-April for one last episode.

According to several online episode guides, two episodes (“Children of the Gods” and “A Dream of Conquest”) aired on February 24th. Most other guides and all of the newspaper listings I consulted indicate NBC aired “A Dream of Conquest” on March 10th. Wikipedia currently shows “The Innocent Prey” airing on June 6th rather than June 16th but that might be a typo.

The following is hopefully an accurate list of The Fantastic Journey episodes and pre-emptions.

If you have any corrections or questions, please contact me or hit the comments.