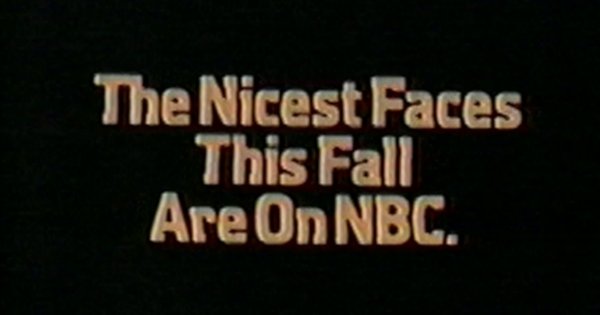 From the Television Obscurities YouTube channel, here’s an unusual 60-second promotional spot for NBC’s Fall 1974 lineup. There’s no footage from any of the network’s new or returning shows. Instead, photographs of NBC stars are flashed on screen in a checkerboard pattern.

You might recognize David Hartman from Lucas Tanner, Angie Dickinson from Police Woman, Michael Landon from Little House on the Prairie, Freddie Prinze from Chico and the Man, and many others.