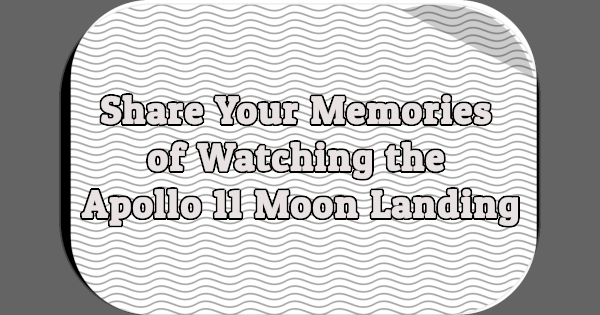 The Eagle Has Landed

Earlier this month, the world celebrated the 50th anniversary of the Apollo 11 Moon landing, which took place on July 20th, 1969. Hundreds of millions of viewers watched Neil Armstrong and Buzz Aldrin set foot on the Moon on television. For those of us who weren’t alive in 1969, it’s difficult to comprehend just how significant the Moon landing was to Americans–and to people all over the world. Here‘s an interesting article from The New York Times examining how Apollo 11 became a “global media sensation” in 1969.

I’ve seen archival network TV news coverage of the Apollo 11 mission, of course. ABC, CBS, and NBC devoted roughly 30 hours to the Moon landing between July 19th and 20th, much of which can be found on YouTube.

Here are five hours of CBS News coverage, for example:

One thing that sticks out to me is how dull much of the coverage is five decades later. I can’t imagine sitting and watching for hours on end as I’m sure many viewers did. That’s part of the reason I chose the Apollo 11 Moon landing for this month’s Share Your Memories column. I want to know if the coverage did bore people who watched live back in 1969.

If you’re old enough to remember Apollo 11, how much TV news coverage did you watch? How much did your parents? Did you and your family stick with one network from launch to splashdown? Did you watch any coverage in school? In your dorm at college? If you didn’t watch the Moon landing, did you watch something else on July 20th, 1969?