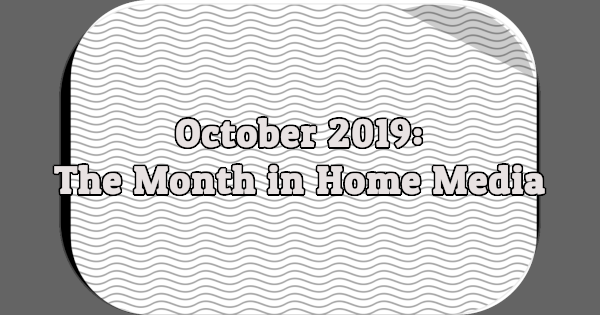 Yes, October was another slow month. Short-lived sitcom Life with Lucy (ABC, 1986) came out on DVD for the first time, with five unaired episodes.

Highlight of the Month – Life with Lucy: The Complete Series

Support Television Obscurities by purchasing Life with Lucy: The Complete Series from Amazon.