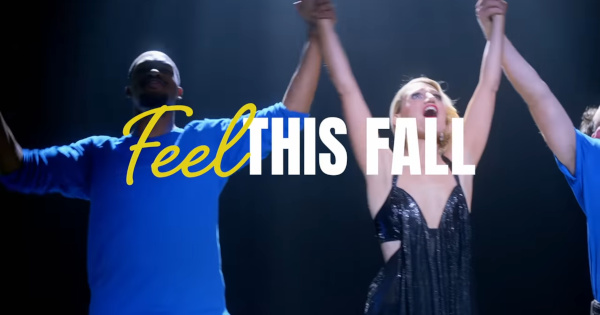 CBS has put together an elaborate, star-studded image campaign for its Fall 2021 schedule featuring Annaleigh Ashford, the Tony Award winning star of the network’s returning sitcom B Positive.

Check out the four minute song and dance extravaganza:

Others seen in the video include Max Greenfield, Iain Armitage, Wayne Brady, and Annie Potts.

The entire number aired in prime time last night as part of the 2021 CBS Fall Preview Special. Presumably, the network has edited together shorter image spots to air as the 2021-2022 network TV season gets underway this month.

Elaborate network image campaigns are largely a thing of the past. They were common and extravagant beginning in the mid-1970s but pretty much fizzled out by the mid-1990s.

3 Replies to “CBS Wants You To Feel This Fall”