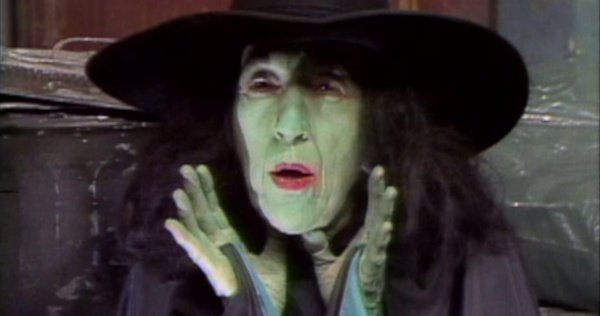 A 1976 episode of the long-running PBS children’s series Sesame Street with guest Margaret Hamilton resurfaced online earlier this month. “Episode 0847” originally aired on February 10, 1976 but was soon withdrawn by the Children’s Television Workshop and remained largely unavailable for decades. Why? Because Hamilton appeared as The Wicked Witch of the West, the same role she played in the 1939 movie The Wizard of Oz, and parents complained that the children found the episode too scary.

Muppet Wiki has more details about the controversial episode, including scans of several letters from parents as well as an internal Children’s Television Workshop memo that recommended against repeating the episode.

This episode was never lost.

Like so many episodes of so many TV shows, “Episode 0847” was inaccessible. That doesn’t mean it was lost. The Children’s Television Workshop retained the episode in its archives and in 2019 donated a digitized version, alongside some 4,500 other episodes of Sesame Street, to the American Archive of Public Broadcasting. Clips from the episode was included in a November 2019 screening at the Museum of the Moving Image and cellphone video taken surreptitiously was later uploaded to YouTube.

Two weeks ago, someone posted a 15-minute segment from “Episode 0847” featuring Margaret Hamilton as the Wicked Witch to the Lost Media subreddit on Reddit. Links to download the entire episode were also provided but later removed for violating Reddit’s terms of service.

News of the episode resurfacing quickly spread on social media and even to traditional media outlets like NBC News.

Many questions remain about how this episode ended up being posted to Reddit. The most likely explanation is that someone with access to Sesame Street episodes at the Library of Congress or elsewhere within the American Archive of Public Broadcasting was able to acquire a copy of the digitized episode and decided to share it with the world. If so, at best it was an improper use of materials and a breach of the American Archive of Public Broadcasting access policies. It may have also been some sort of theft and also copyright infringement.

It’s a shame this episode was made available this way. I do understand that fans of Sesame Street or Margaret Hamilton may be excited to finally watch the episode. But breaking rules or laws is not the way to provide access to television programs. As I write this post the episode is still available on YouTube if you want to watch it. Now that it has been released online, it likely will never disappear again.

One Reply to “1976 Episode of Sesame Street, Unseen for Almost 50 Years, Resurfaces Online”