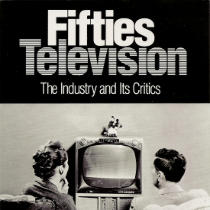 Fifties Television: The Industry and Its Critics
By William Boddy
Published in 1990
Published by The University of Illinois Press
294 Pages

A quick glance at the table of contents for William Broddy’s Fifties Television: The Industry and Its Critics — with chapters entitled “Debating Television,” “UHF, the Television Freeze, and the Network Monopoly” and “The False Dawn of a Golden Age” — would seem to indicate that this work is similar in scope to any other historical look at television. As the title suggests, however, it is a focused examination of the television industry during one of its most contentious periods: the 1950s. 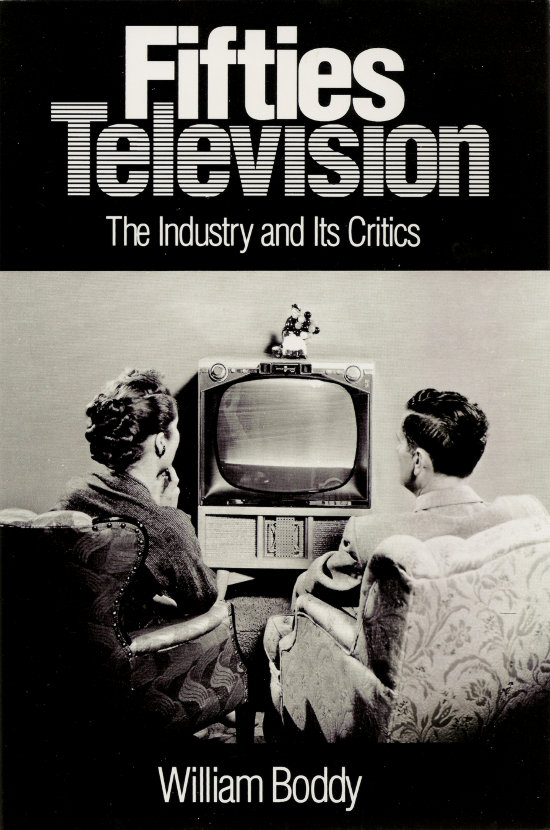 In his introduction, Boddy notes that his book “attempts both a reconsideration of the critical consensus surrounding television’s Golden Age and a historical analysis of the economic and regulatory grounds upon which such programming briefly flourished in the 1950s.” Whether or not television critics in the 1950s were correct in their attacks on the industry is not at issue, as Broddy points out. Rather, it is the context in which those critics were writing that is important.

The first part of Fifties Television, “Setting the Stage for Commercial Television,” is a brief but necessary overview of the birth of network television. Boddy then dives into “The Television Industry in the Early 1950s,” “Programs and Power: Networks, Sponsors, and the Rise of Film Programming” and “Crisis and Counterattack, 1958-1960.” Here he lays out the critical atmosphere at work in the 1950s, primarily centered in New York City, and discusses how it first embraced television and then turned against it.

Boddy also covers the increasing control the networks held over programs and program content and how ABC especially began increasingly turning to film. He explains how homogenization between the networks and censorship in favor of sponsors led to an increase in criticism from all sides, criticism that failed to sway the networks in any meaningful way. He relates how the networks were able to survive the quiz show scandals of the late 1950s by promising to self regulate.

Fifties Television is not just another historical analysis of television, nor is it simply a review of criticism aimed at the industry. It is a fascinating assessment of the economics behind television’s shift from live to filmed programming and the politics at work between the government and the networks. Above all, it outlines how commercial interests shifted and altered the industry during the 1950s, in the process setting the stage for network dominance during the following decades.

Anyone looking to explore how regulation, criticism and economics gave birth to television as we know it would be well served by reading Fifties Television. William Boddy has done a wonderful job exploring the ins and outs of television’s “Golden Age.”