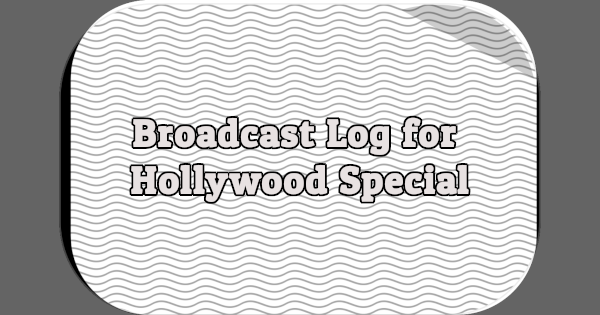 When it premiered in April 1962, ABC’s Hollywood Special was the second regularly-scheduled network movie night, following The NBC Saturday Night at the Movies (which premiered in September 1961). The network purchased a package of 15 films from United Artists Association and repeated nine of them, filling a total of 24 weeks.

My spotlight on Hollywood Special can be found here.

In September 1962, ABC retitled the series The Sunday Night Movie. It was cancelled at the end of the 1962-1963 season but would return in September 1964 and remain on the air almost continuously until 1998.