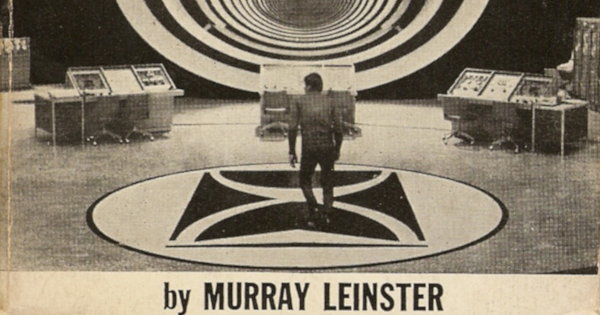 The Time Tunnel is one of those shows I’ve always wanted to sit down and watch. The hour-long sci-fi drama was created by Irwin Allen and aired for just one season on ABC from 1966-1967, producing 30 episodes. James Darren and Robert Colbert starred as Dr. Anthony Newman and Dr. Douglas Phillips, respectively, two scientists working on Project Tic-Toc, a top secret government initiative to develop a device for traveling through time.

The Time Tunnel worked but unfortunately Tony and Doug found themselves unable to return to their own time. Each week they were sent to a new period in time, either in the past or the future, and often got mixed up in some historical event. That sounds like it could get repetitive, and I’m sure it did, but it probably wasn’t any different than dozens of shows on the air in the 1960s. 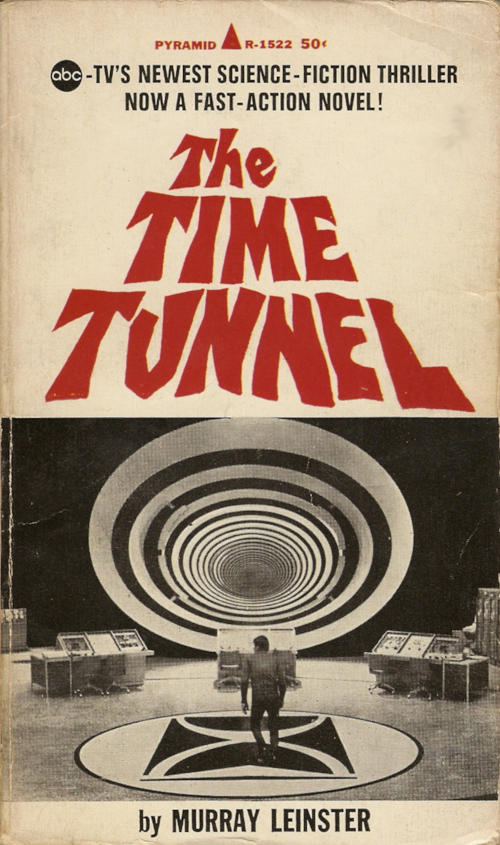 I’ve seen bits and pieces of The Time Tunnel but never a full episode, despite the fact that it has been available on DVD since 2006 and can also be viewed at Hulu. You can watch promotional spots for the series here and here.

Prolific sci-fi author Murray Leinster wrote two tie-in novels based on The Time Tunnel. This first one was published in January 1967 and was titled simply The Time Tunnel. Confusingly, in 1964 Leinster published an original novel called Time Tunnel which involved a physical tunnel connecting 1964 and 1805. Wikipedia suggests that this novel was the inspiration for the TV series and that the rights were purchased by 20th-Century Fox. I’m not sure that has ever been confirmed, only speculated.

In any event, Leinster’s 1967 novel bares little resemblance to the TV series. It is not a novelization of the pilot episode but a complete retelling with only the basic plot and characters remaining the same. In the pilot episode of the TV series, a United States Senator pushes for human testing of the Time Tunnel and threatens to cut funding. In Leinster’s novel, however, the Senator rails against Project Tic-Toc, which was funded without the approval of Congress.

Both the pilot episode and the novel have Tony going through the Time Tunnel in an attempt to prove it will work. In the pilot, he winds up on the RMS Titanic. In the novel, he finds himself in Johnstown, Pennsylvania shortly before the catastrophic 1889 flood. Doug soon follows in an effort to save Doug. Leinster’s novel then sends the two to Adobe Walls, Texas in 1874 the day before a brutal three-day siege by Comanche forces. Finally, they travel to the future before being returned to Time Tunnel and the present day rather than being stranded in time like the TV series.

In the novel, Tony and Doug wear time harnesses that connect them to the Time Tunnel and allow them to be moved through time. There were no such harnesses in the TV series. Two other characters from the TV series are also in the novel: General Heywood Kirk (played by Whit Bissell) and Dr. Ann MacGregor (played by Lee Meriwether). A fifth character from the series, Dr. Raymond Swain (played by John Zaremba) does not appear in the novel.

I’m not sure if I’d like the novel as much if I was more familiar with the TV series. Fans of the show likely won’t recognize much. On the other hand, it’s an enjoyable read even if it doesn’t match the series all that well. Leinster does a particularly fine job of describing the Johnstown Flood. There are occasional footnotes pointing out what was historical fact and what was Leinster’s fiction. 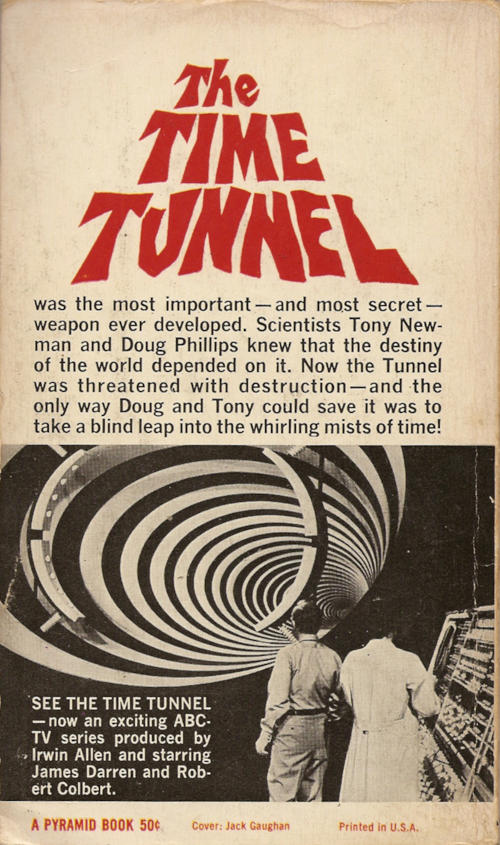 I do have a question for those who have watched The Time Tunnel. The novel refers to Meriwether’s character as “the MacGregor” rather than just “MacGregor” or “Dr. MacGregor.” Was this something Leinster came up with or was she called that in the TV series as well?

(Leinster later wrote three tie-in novels based on another Irwin Allen series, Land of the Giants. He again took liberties with the concepts and introduced a recurring character of his own creation. You can find my reviews of the first two novels here and here.)

8 Replies to “Bookshelf: The Time Tunnel”