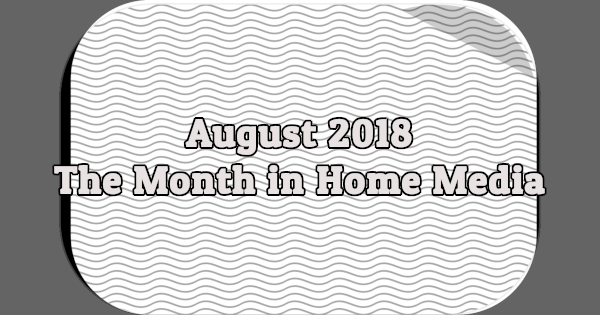 August was a very slow month, with only four new Alpha Video titles released on DVD.

FOX was supposed to release recent obscurity LA to Vegas (FOX, 2018) on DVD last month. However, Amazon claims it has yet to be released and is only accepting pre-orders.