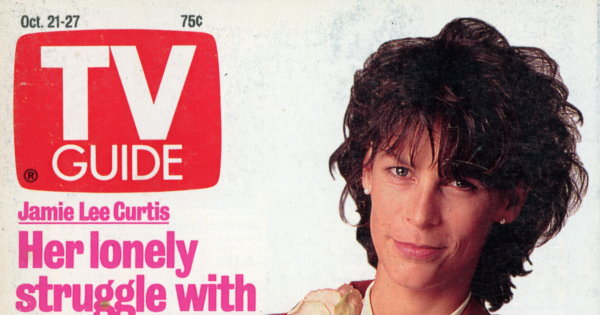 On the Cover: Jamie Lee Curtis, by Matthew Ralston

The cover article about Jamie Lee Curtis runs nearly five pages. She’s worried about being labeled a prima donna due to friction behind-the-scenes of her ABC sitcom Anything But Love. After the short first season, creator and co-executive producer Wendy Kout quit the show, as did supervising producer and developer Dennis Koenig. “I wasn’t pleased with the writing,” Curtis admits, while insisting she’s being singled out because she’s a woman. “I wasn’t the only one who felt that way. But I’m the one who gets the rap because it’s easy to pin the woman as the prima donna bitch.”

The article covers rumors of tension between Curtis and co-star Richard Lewis, which both claim doesn’t exist. The last page of the article recounts how Curtis interrupted a rehearsal to discuss changing a few lines with director Jamie Widdoes, who eventually agrees to make the change later. Was it a victory for Curtis? Or was Widdoes humoring her to keep to his schedule?

I skimmed many of the other articles, including Norman Ornstein’s article about how television covers Congress. The networks focus too much on scandal, Ornstein argues, and all but ignore Congress when there’s nothing scandalous to report. “If the networks really want to show their viewers what Congress does,” he concludes, “they need to think through their current obsession with personal scandal and devote some energy to other stories that follow what lawmakers do during the day, not just at night.”

According to Billy Crystal, while taping his HBO special “Midnight Train to Moscow” in the Soviet Union he met Russian relatives he didn’t know he had, none of whom had heard of him because none of his work has aired in the Soviet Union. In her article about Philip Michael Thomas, Meg Laughlin has this to say about the actor:

He quotes a lot: his own poetry, his own aphorisms, his own songs. In fact, he doesn’t really answer questions; instead he delivers a script, cheerfully reciting it no matter what you say–which suggests three things about the real Thomas: he is not spontaneous, he loves to perform, and he could nerve make a career on the talk-show circuit.

I skipped the one-page The Scoop profiles of Michele Lee and Jason Hervey.

Prices from the Video Cassette Report for movies on VHS: Dead-Bang ($89.95), Dead Calm ($89.95), Earth Girls Are Easy ($89.98), Lawrence of Arabia ($29.95), No Holds Barred ($89.95), Pet Sematary (N/A), You Can’t Take it With You ($19.95). Cheers ‘n’ Jeers praises Larry King and Bob Berkowitz for “providing an hour of intelligent prime-time talk every weeknight,” calls Jackie Mason and Lynn Redgrave on Chicken Soup “prime time’s oddest couple,” criticizes the “twisted message” Living Dolls sends to young women about their looks, and applauds Darryl Sivad for his role on Homeroom.

Robert MacKenzie reviews syndicated drama Superboy. He points out how much the show has changed between the first and second seasons. The actor playing the title character is different, for one thing. If the producers are trying to make the show “more contemporary and less corny, that isn’t an improvement,” MacKenzie argues. On the other hand, “the show often delivers a simple good time” and boasts an improved roster of supervillains.

There are six news reports this week. The first looks at mid-season replacements at the networks. NBC has Grand, Carol & Company, Working Girl, Ann Jillian, and Truck One. ABC has Elvis, Twin Peaks, Capital News, and Equal Justice. CBS has the return of Beauty and the Beast and Doctor, Doctor, plus new shows Loose Cannon, Normal Life, His & Hers, and Sydney. FOX has The Outsiders and The Simpsons.

Other reports: George Hamilton will host a syndicated special about Dracula on October 25th; Jane Pauley realized she was likely to be replaced as Today co-anchor by reading stories in the news; the first commercials for birth control aired in San Antonio last summer and were a big success; HBO is releasing two versions of Scandal on video and more people want to buy the unrated version than the R-rated version; Garry Shandling will get a steady girlfriend for the first time during the fourth season of It’s Garry Shandling’s Show.

Two of the eight letters respond to an article about the best shows to watch on TV published in the September 30th issue. Here they are:

ABC has given Growing Pains and unprecedented two-year renewal. “I was totally stunned,” executive producer Dan Guntzelman said. “We had never heard of such a thing. We knew the show was doing well but the concept of [a two-year renewal] was a complete surprise. I haven’t heard of it happening before.”

Saturday, October 21st, 1989
8:30PM ABC (2) (6) (12) LIVING DOLLS (CC)–Comedy
Caroline (Deborah Tucker) wears egg on her face but the pictures show her wearing a little more after she goes behind Trish’s back to take a job modeling lingerie.

Sunday, October 22nd, 1989
7PM FOX (19) (28) (45) BOOKER–Crime Drama; 60 min.
Gunmen enter Teshima Tower, take the executives hostage and seal up the building so no one can reach them, but Booker (Richard Grieco) plans to die hard trying.

8PM ABC (2) (6) (12) FREE SPIRIT (CC)–Comedy
A widow has a seductive eye on Thomas (Franc Luz), who is the executor of her dearly departed husband’s will, but Winnie (Corinne Bohrer) casts a suspicious eye on this gold digger in mourning.

NBC (4) (5) (22) SISTER KATE (CC)–Comedy
Neville (Joel Robbins) is so taken with a vagrant who stops for food that Kate (Stephanie Beacham) hires him as a cook and handyman, on the condition that he continue to stay off the booze he swears he’s sworn off.

Monday, October 23rd, 1989
9PM FOX (19) (28) (45) ALIEN NATION (CC)–Drama; 60 min.
George (Eric Pierpoint) finds himself in trouble with the IRS, but in good with a Newcomer businesswoman, who shows her gratitude for a neighborhood drug bust with a gift–followed by a personal loan.

Wednesday, October 25th, 1989
9:30PM NBC (4) (5) (22) NUTT HOUSE (CC)–Comedy
With no guests but lots of bills, the staff makes a promotional video in hopes of luring no less than the President to a roomy suite in the Nutt House.

Thursday, October 26th, 1989
9PM CBS (7) (9) (10) TOP OF THE HILL (CC)–Drama; 60 min.
Tom (William Katt) draws fire when an obsessed ex-U.S. Attorney observes him shooting down a loophole in an arms-sale bill and ropes him into taking aim at an influential arms dealer.

Friday, October 27th, 1989
8PM CBS (7) (9) (10) SNOOPS (CC)–Mystery; 60 min.
A playboy diplomat claims he’s innocent, but surveillance cameras show that he’s the only one who could have murdered his former lover, who claimed to know who was behind a string of art thefts in Italy.

9PM NBC (4) (5) (22) HARDBALL (CC)–Crime Drama; 60 min.
A nurse in a retirement home will be the next in a series of kidnap-murders, according to a witch who lives at the home, and when a skeptical Charlie and Kaz (John Ashton, Richard Tyson) show up to investigate, they wind up thwarting an attempt by a trio in black robes.

10PM NBC (4) (5) (22) MANCUSO, FBI (CC)–Crime Drama, 60 min.
Mancuso (Robert Loggia) investigates the suspicious circumstances of an FBI veteran’s murder, but the case blows up in his face when the CIA is implicated along with an Asian drug kingpin.

None of the articles in this week’s issue were particularly interesting. However, I did appreciate the TV Guide Plus news report about mid-season replacements and the predictions about cancellations detailed in The Collins Report. With few exceptions, viewers had the opportunity to watch new episodes of all the not-so-successful new network shows.

That’s it for this issue. Check back next week for my review of the October 28th, 1989 issue of TV Guide. As always, hit the comments with any thoughts or reactions.