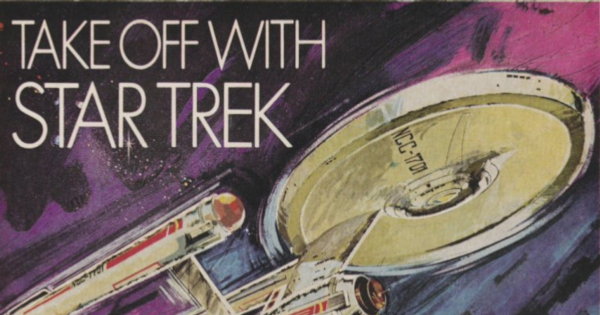 Star Trek premiered in September 1966 on NBC and ran for three seasons before the network cancelled it. The iconic sci-fi series immediately went into local syndication and became wildly popular with viewers. The following is from the March 10th, 1969 edition of Broadcasting:

Star Trek, coming off NBC-TV at the conclusion of the current season, will be placed in domestic syndication by Paramount Television, producer and distributor of the series. The package will include 70 episodes of the science-fiction series, which will have had a three-year network run.

Here are four syndication advertisements for Star Trek from the pages of Broadcasting. Click on any of the images for a larger version. 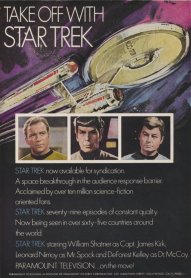 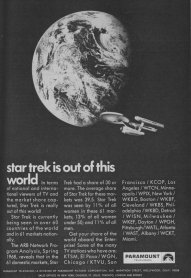 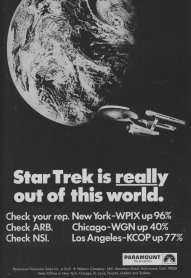 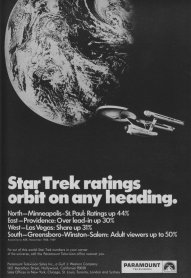 Paramount Television no doubt paid for additional advertisements throughout the 1970s as Star Trek continued to enjoy phenomenal success in local syndication.