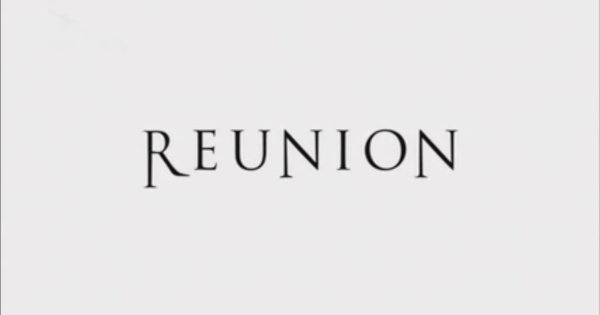 Let’s Remember is an opportunity for those who watched relatively recent short-lived TV shows, as well as those who didn’t, to share their thoughts and memories, to help ensure that these shows aren’t forgotten. This month’s column examines Reunion (FOX, 2005).

From the official FOX website for Reunion (via the Wayback Machine):

REUNION marks a groundbreaking concept in series television as it chronicles the lives of a group of six friends over the course of 20 years — all in just one season. Part character drama and part murder mystery, REUNION tells stories of love and loss, marriage and death, triumph and scandal as it depicts both the hopes and dreams of 18-year-olds as well as the realities that mark those lives two decades later.

WILL (Will Estes) longs to leave his small town behind. Aided by an athletic scholarship, he is the first in his family to go to college. CRAIG (Sean Faris), handsome and privileged, looks forward to the Ivy League with his girlfriend, SAMANTHA (Alexa Davalos), whose ambition is surpassed only by her looks and intelligence. The beautiful JENNA (Amanda Righetti) dreams of becoming an actress, and behind his cynicism, AARON (Dave Annable) dreams that his relationship with Jenna will go beyond friendship. CARLA (Chyler Leigh), innocent and quirky, must choose between loyalty to her father and staying near her best friends.

REUNION opens in the present day at the funeral of one of the friends, whose death is being investigated by DETECTIVE MARJORINO (Mathew St. Patrick). Before the identity of the deceased is revealed, we’re transported back to 1986, as the group is celebrating their high school graduation.

The pilot episode follows all six through the summer of 1986, and we witness the formative events that alter their dreams and desires forever. Episode two finds the group a full year later, in 1987; episode three tells the story of a seminal event in 1988, and so on — culminating in the season finale as the friends celebrate their 20th high school reunion.

REUNION also will build toward answering two important questions raised in episode one: Which of the friends is dead? And who is responsible for that death?

-Repeats of the second and third episodes aired back-to-back from 8-10PM ET on Thursday, October 20th, 2005.

-FOX cancelled the series due to low ratings, ending production after 13 episodes. The network never aired the last four produced episodes but they did air in other countries.

-Vague details about how Reunion was supposed to end, had all 22 episodes been competed, can be found at TV Series Finale.

From the 2005 Fall Preview issue of TV Guide:

We Say: The season’s most unexpected, innovative guilty pleasure, Reunion invigorates the young-adult soap with an ingenious narrative hook juxtaposing past with present.

The Outlook: Fox has finally found a show compatible with The O.C. If it an hold on to enough of that show’s audience, which it should, we’re hitching a ride.

For the record, Reunion was named a “TV Guide Favorite” by TV Guide.

The pilot episode featured a simple title card. The second episode introduced an opening credits sequence, which can be seen at the start of this video:

I remember being intrigued by Reunion, a decades-long story that would unfold over the course of a single season. Like 24 before it, Reunion would be an experiment. Unlike 24, Reunion failed. I know I watched all the episodes FOX aired. I’ve never seen the four unaired episodes. I can’t recall details of specific episodes, however, or the anything relating to the mystery of the dead friend and who did it.

I’m sure FOX’s scheduling of the series–with so few episodes shown before baseball pre-emptions–frustrated me at the time. I do know I wasn’t impressed with how the characters were aged using makeup, facial hair, and clothing.

The time jumps were confusing, at least for me. I had a hard time keeping track of what the characters were up to in the present day and years earlier. I’m sure I wasn’t the only viewer who had such trouble.

Maybe Reunion was ambitious for network television. Maybe FOX having to pre-empt the second episode killed any ratings momentum. Or perhaps the mystery of which friend died simply wasn’t enough to keep viewers coming back week after week.

Nowhere. Reunion has never been officially released on DVD. Nor is it streaming anywhere. Most of the episodes, including those FOX never aired, can be found on YouTube.

Hit the comments with your thoughts and memories to ensure Reunion doesn’t slip into total obscurity.