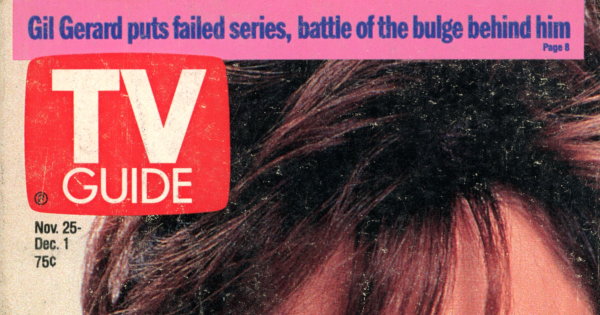 On the Cover: Victoria Principal, by Gary Bernstein.

For once, the cover article is more than a generic profile with a few details about a TV show or made-for-TV movie. Instead, the article is an in-depth examination of how Victoria Principal prepared for the role of a blind woman. She spent two days at the Braille Institute followed by two weeks wearing a blindfold to experience life without sight. During production of Blind Witness, she wore special contact lenses that made her legally blind. She had to memorize the sets so she could count her steps while walking around and needed someone to guide her around until shooting wrapped for the day and the contacts came out.

I skipped the articles about Richard Burton and the possibility of the Super Bowl airing on cable, plus the one-page “The Scoop” article about Ann Magnunson.

Prices from the Video Cassette Report for movies on VHS: Ghostbusters II ($89.95), Hell High ($79.95), The Mighty Quinn ($89.98), Season of Fear ($79.98), Vampire’s Kiss ($89.99), Wicked Stepmother ($79.95). Cheers ‘n’ Jeers praises the hosts of TNN’s Crook and Chase, criticizes In the Heat of the Night for not resolving last season’s cliffhanger in this season’s premiere episode, applauds Jan Hooks and her impressions on Saturday Night Live, and laments how Zsa Zsa Gabor tried to use publicity from her recent trial to “resuscitate what was never a career to begin with.”

Robert MacKenzie reviews Island Son starring Richard Chamberlain, which he assumes will attract an older audience not interested in watching shows with action and car chases. “The plots–which could have been dusted off from old Dr. Kildare or Marcus Welby episodes–unfold sedately, with one medical crisis and a subplot or two.” Chamberlain’s character is stiff, requiring all of the actor’s charm to seem interesting. It’s the perfect role for Chamberlain, who is “a professional TV hero–attractive, likeable and predicable.”

There are seven news reports this week. The first examines new syndicated game shows in the works, including Monopoly, Quiz Kids Challenge, The Challengers, and Trump Card.

Other reports: Viewers weren’t interested in watching network specials about the fall of the Berlin Wall; Mike Farrell spent a decade trying to get Incident at Dark River, about industrial pollution, produced; NBC spent $600 million to secure NBA games and TNT may have to spend more for its cable package of games; a Magical World of Disney two-parter in December will recreate the childhood of basketball star Isiah Thomas; ABC’s Homeroom hopes to attract new viewers after a nationwide promotional campaign; both Days of Our Lives and General Hospital have seen behind-the-scenes turnover.

Two of the eight letters respond to an article about Booker star Richard Grieco, published in the October 28th issue. Here they are:

Richard Grieco sees himself as a hot item “for the next seven years at least”,” because, according to him, no one in show business has what he has (Looks? Charisma” A great PR man?”. I’ll admit, he’s tolerable in the role of pseudo-rebel Dennis Booker on Fox’s Boooker, but one for the ages? A Brando or a Dean, even a Deep? He surely isn’t [“The Rebel Who Makes Hollywood Nervous,” Oct. 28].
Frank H.
Merchantville, N.J.

Give me the quality scripts and ensemble cast of 21 Jump Street any day. It sure beats a series that relies on the attractiveness of its star above all else.
Harriet E. G.
Rockaway Park, N.Y.

9PM FOX (36) (28) (50D) (55) ALIEN NATION (CC); 60 min.
A Newcomer love potion is found in the bodies of two men murdered after their dates with a woman whose beauty affects George (Eric Pierpoint) and whose MO indirectly affects Sikes (Gary Graham).

Thursday, November 30th, 1989
8:30 NBC (13) (35) (4) (4D) (22) (33) ANN JILLIAN (CC)
Debut: Ann Jillian plays Ann McNeil, a widow who leaves New York with her teenage daughter Lucy (Lisa Rieffel) to start a new life in a small Northern California town. In the opener, Ann must find a job to keep her house loan, which is in her deceased husband’s name.
[Another episode airs Sunday in the series’ regular time slot.]

I didn’t expect to enjoy this week’s cover article but I did. On television, the end of November sweeps meant more specials and movies but viewers still had the chance to watch some of their favorite (soon-to-be cancelled) new shows. There was even the debut of a new series: Ann Jillian on NBC.

That’s it for this issue. Check back next week for my review of the December 2nd, 1989 issue of TV Guide. As always, hit the comments with any thoughts or reactions.