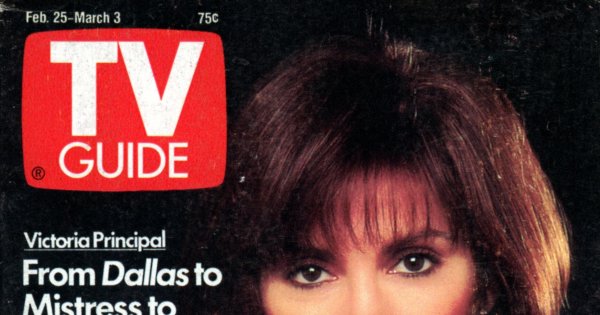 On the Cover: Victoria Principal, by Mario Casilli

James Morrow tackles cable in the second part of his exploration of children’s television. “The Disney Channel,” he writes, “is like a Disney theme park. It’s safe, respectable and classy. And you pay.” Shows like Dumbo’s Circus and You and Me, Kid are worthy of the Disney name. “But I wish Walt would return from the grave and fire whoever is reediting his old cartoons into music videos.”

HBO’s Encyclopedia “depresses” Morrow. “The tacit message is that human intellectual achievement counts for nothing per se; it needs to be hot-wired, set to music, turned into vaudeville.” He much prefers Fraggle Rock, an HBO production currently airing on TNT. CBN/The Family Channel offers classic TV shows like Green Acres and The Rifleman, plus three original half-hour action shows on weekends: Crossbow, Bordertown, and the low-budget Rin Tin Tin K-9 Cop.

Morrow praises Nickelodeon for offering pre-school programming like Pinwheel. “Yes, it owes its soul to Sesame Street,” he admits, “but at least its creators knew to steal from the best.” Sharon, Lois and Bram’s Elephant Show is “really essential” for pre-school viewers. As for Nickelodeon’s school-age shows, Morrow considers You Can’t Do That On Television the “only clinker” due to lack of humor. Super Sloppy Double Dare and Mr. Wizard’s World are far better.

What’s left after The Disney Channel, CBN/The Family Channel, and Nickelodeon? After-school cartoons. She-Ra: Princess of Power and Ducktales are worth watching, Morrow says. “More typical of the breed, alas, are the crypto-fascist G.I. Joe, the hyperactive Transformers and the noisy and pointless C.O.P.S. Even Teenage Mutant Ninja Turtles, with its promising put-on of a title, turns out to be just the usual brain-dead writing and frenzied staging.”

Morrow’s advice? Stick with Disney, Nick, and The Family Channel.

He concludes the article with the following:

On the downside, the profusion of high-quality choices may seduce us into over-employing the electronic baby-sitter; too much good TV is still too much TV. On the upside, this cornucopia means that, for the first time since television’s birth, restricting a child’s viewing hours to kidvid does not smack of deprivation. And I think there’s a compelling argument for such a limit–the notion that, when we let kids randomly absorb mainstream adult programming, we make them worldly before their time. I like to think that, used astutely, kidvid can help children steer clear of adulthood until they’re ready for it.

The two-page article about CBS comedy pilot “What’s Alan Watching?” is exactly what I’ve been hoping to find in the pages of TV Guide from 1989. Unfortunately, but perhaps understandably, the focus is on producer and guest star Eddie Murphy, not the pilot itself. “There’s nothing like it on television,” Murphy says of the pilot. “It’s real safe to do a show where you got a funny family and a wisecracking kid and a smart-talking grandparent. There’s room for something different.”

“What’s Alan Watching?” is different. Corin “Corky” Nemec stars as Alan Hoffstetter, a teenager obsessed with watching television. It’s half traditional family sitcom, half skits based on what Alan imagines he’s watching on the TV set in his bedroom. [CBS aired “What’s Alan Watching?” on Monday, February 27th, 1989 but decided against turning it into a regular series.]

The article about Dan Rather’s strange behavior is strange, for lack of a better word. I did learn something new reading it, however: that media psychology is a real field.

Merrill Panitt reviews the PBS children’s show Long Ago & Far Away, which includes a mixture of fairy tales and folk tales from around the world as well as adaptations of classic children’s books and original scripts. Some of the episodes are cartoons, some are live-action, and others feature clay animation or puppets. James Earl Jones serves as host. Panitt lavishes praise on the show, which he calls “a treat for the ears as well as the eyes.” He hopes children used to mindless cartoons will be able to appreciate “the ancient and respected art of storytelling” and maybe, as the producers envision, crack open a book after watching Long Ago & Far Away.

There are just two In the News reports this week. ABC may move Moonlighting to Sundays when it returns from hiatus in April. The FOX network, buoyed by high ratings for its Sunday line-up, is no longer considered doomed by the television industry and will launch a third night of programming on Mondays in September.

On the Grapevine contains five reports this week. One is about the upcoming NBC drama Dream Street about a group of twenty-something blue-collar workers in New Jersey, from the producers of thirtysomething. “I would not call it an examination of working-class life,” supervising producer Mark Rosner says. “We have simply chosen a group of people who don’t drive Hondas and wear suspenders.” [Dream Street debuted on April 13th, 1989. It ran for six episodes.]

According to The Ratings Race, the debut of B.L. Stryker (a segment of The ABC Monday Mystery Movie), easily beat its competition with a strong 18.8/30 Nielsen rating/share. Also, Lonesome Dove on CBS earned an average 26.1/39 rating/share, the best performance for a miniseries since Master of the Game on CBS in 1984. It ranks 15th on the list of top-rated miniseries of all time.

Three of the eight letters respond to TV Guide‘s article about Roseanne Barr, published in the January 28th issue. Here they are:

Cheers to Roseanne [“TV’s Battle of the Sexes: With Roseanne It’s No Holds Barred,” Jan. 28]. This is the first really good show since Happy Days and The Beverly Hillbillies.
Pamela P.
Hubert, N.C..

Roseanne Barr is funny and real–she buys brand-B peanut butter, throws afghans over a worn-out couch and doesn’t have a live-in housekeeper. I hope Barr is able to keep creative control of her show so that it doesn’t become another “Brady Brats” clone.
Pauline O.
Elyria, Ohio.

Oh, I get it. Now, with Roseanne, all the obnoxious fat people in America have a show they can identify with. I’ve had the displeasure of encountering that sort in real life. I’ll pass on Roseanne.
Fredric C.
Torrance, Cal.

ABC (24) (2) (6) (7D) (21) MAN CALLED HAWK (CC)–Crime Drama; 60 min.
After a kidnap attempt on a young boy (Herbert Duarte), his worried parents hire Hawk (Avery Brooks) to protect the family, but the youngster remains troubled emotionally as he comes to understand the motives of his South American pursuers.

10PM CBS (11) (2D) (7) (10) (15) WEST 57TH (CC)–Newsmagazine; 60 min.
Scheduled: The major story concerns Karen Thompson, a Minnesota woman whose attempts to care for her female lover, who was seriously injured in a 1983 car accident, have been rebuffed by the victim’s parents, according to senior producer Tom Yellin. “They don’t want to let the woman [Thompson] next to their daughter,” Yellin says. Also: segments on Smart magazine, a bimonthly pop-culture publication (postponed from an earlier date); and songwriters in Nashville.

10PM CBS (11) (2D) (7) (10) (15) ALMOST GROWN–Drama; 60 min.
An eventful 1965 party, where several guys including Norman (Timothy Daly) fought for Suzie’s affection, is recalled by Suzie as she and Norman reunite with their high-school cronies to say goodbye to a friend. Suzie: Eve Gordon. Joey: Albert Macklin.

Thursday, March 2nd, 1989
8PM ABC (24) (2) (7D) (21) FINE ROMANCE (CC)–Comedy-Drama; 60 min.
Michael (Christopher Cazenove) is willing to forgive and forget all when told that Louisa (Margaret Whitton) has “a week, maybe two”–the result of her medical records being switched with those of a dead woman whose husband is keeping her on ice until her insurance policy is issued. Friday: Dinah Lenney.

The second part of TV Guide‘s in-depth look at children’s shows is the highlight of this issue. I recognize the names of most of the cable shows mentioned in the article. If there are more articles about TV pilots like “What’s Alan Watching?” in future issues, I’ll be happy.

That’s it for this issue. Check back next week for my review of the March 4th, 1989 issue of TV Guide. As always, hit the comments with any thoughts or reactions.