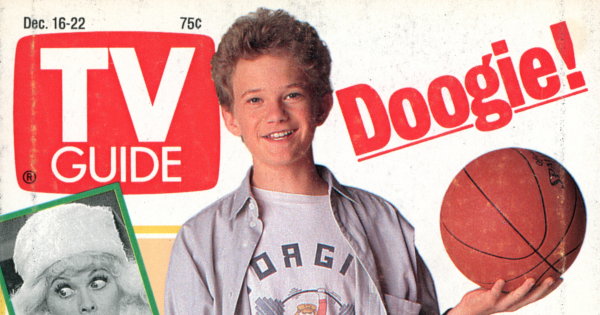 After almost an entire year, there’s finally an all-too-brief article in this issue that truly fits with the Television Obscurities brand. Ileane Rudolph reveals that the so-called “lost” Christmas episode of I Love Lucy, aired just once in December 1956, was actually rediscovered in 1981 by Bart Andrews.

An expert on Lucille Ball and a consultant for NBC’s Television: Inside & Out, Andrews learned of the episode while researching a book about I Love Lucy. The show’s producer, Lawrence Einhorn, was able to secure permission from CBS to use a few minutes in an episode of Television: Inside & Out that aired on December 19th, 1981. Roughly 18 seconds from the episode also aired during the April 27th episode of The Today Show the day after Lucille Ball’s death.

Still, for fans of Lucille Ball and I Love Lucy, watching the Christmas episode on CBS in prime time on December 18th will be a new experience. What else is missing from I Love Lucy? The original unaired pilot episode. “We were told for years that Desi Arnaz had a copy under his bed,” explained Bart Andrews. “But when he died, there was no sign of the film. That’s the only thing that is truly lost and that we’d all kill to see.”

I skimmed the cover article about Neil Patrick Harris, star of Doogie Howser, M.D. as well as the brief essay about how unrealistic the show is.

The two-page “The Scoop” profile of William Shatner includes several stories about how the actor is not very heroic, including the tale of his experience sky-diving (he screamed the whole way down). He doesn’t mind being known as Captain Kirk, explaining “there’s nothing untoward that could happen to me as a result of Star Trek that would mitigate the joy that I’ve had.”

Lawrence Eisenberg’s Grapevine includes tidbits about Fred Dryer executive-producing Hunter, the corset Marina Sirtis wears as Deanna Troi on Star Trek: The Next Generation, Julia Duffy’s plans for life after the end of Newhart, and more. Alan Carter shares stories about Elizabeth Dennehy, trivia card game Soap Opera Challenge, and how NBC dealt with rape on Days of Our Lives in Soaps. Mel Durslag’s Sports View tackles why the NBA saw ratings growth throughout the 1980s.

Prices from the Video Cassette Report for movies on VHS: Cutting Class ($89.95), Obsessed ($89.95), Shag ($89.99), Third Degree Burn (N/A), Traveling Man ($89.99), When Harry Met Sally ($89.98), The Winds of War ($139.95). Cheers ‘n’ Jeers laments commercials for Breakfast with Barbie cereal, praises HBO’s useful holiday special “Buy Me That!”, criticizes ABC for airing a promotional spot for Small Sacrifices during an episode of Roseanne featuring a dream sequence in which Roseanne kills her family, and applauds MTV’s The Big Picture as “the best of TV’s current plethora of movie magazines.”

Robert MacKenzie reviews NBC’s Baywatch, a show that is “eye-appealing, brain-numbing and leaves one feeling vacant and pacified.” It’s hard to take the show seriously, he says, but wonders if landlocked viewers may enjoy it. “I do find the cleaned-up, surf-city scene in Baywatch rather tame compared to the real thing,” MacKenzie concludes. Maybe the show’s producers didn’t think viewers would accept the “otherworldly spectacle” of Venice Beach.

There are eight news reports this week. The first examines how ABC’s World News Tonight overtook CBS Evening News in the ratings.

Other reports: Hugh Wilson fears his new CBS sitcom The Famous Teddy Z will be cancelled soon; Jill Clayburgh refuses to accept feminist roles; NBC is looking for a host for its new, expanded NFL Live! show; Scott Bakula shares his experience playing a woman on Quantum Leap; TV violence continues to decline; Arsenio Hall forced Coca-Cola to agree to support his causes before appearing in a commercial; and Kara and Kimberly Albright will replace Morgan and Whitney White on Knots Landing, playing Meg MacKenzie.

Two of the seven letters respond to an article about Gil Gerard published in the November 25th issue. Here they are:

I think it’s high time Hollywood realized that people come in all shapes and sizes [“Gil Gerard: MY Weight Cost Me $1 Million in TV Roles,” Nov. 25]. If someone has talent, it shouldn’t matter whether they’re a size 6 or size 16.
Sharon D. P.
Melrose Park, Pa.

Only when large people campaign to eliminate weight bias in programming can overweight TV stars–and we who watch, love and support them–truly feel like the normal, intelligent and reasonably attractive people we are.
John Howard
Lansing, Mich.

Collins explains why holiday episodes can be tricky to pull off. “Santa Claus is always a star,” she writes. “Religious storylines are acceptable. But any religious tale must be diluted down for a mass audience so as not to cause offense to any member of that audience who does not share that belief.”

Saturday, December 16th, 1989
8:30PM ABC (24) (2) (6) (21) LIVING DOLLS (CC)–Comedy
With Trish away, her sister Marion (Marion Ross) comes to help out, most immediately with Martha (Alison Elliott), who’s unaware that working for an escort service may not be the best way to help her suddenly unemployed father.

ABC (24) (2) (6) (7D) (21) FREE SPIRIT (CC)–Comedy
Thomas (Franc Luz) leaves the house on a stormy night to be a guest on a radio talk show, setting off a storm within Gene (Edan Gross), who’s been having nightmares about losing his father.

Monday, December 18th, 1989
9PM FOX (36) (28) (50D) ALIEN NATION (CC)–Drama; 60 min.
Sikes (Gary Graham) learns that the officer investigating a break-in at Cathy’s lab is a phony, while George (Eric Pierpoint) wrestles with his hazy recognition of two murder victims; and both partners wrestle with the presence of a psychologist doing officer profiles.

Thursday, December 21st, 1989
9PM CBS (11) (2D) (7) (10) (15) ISLAND SON (CC)–Drama; 60 min.
Christmas brings sad tidings as bubonic plague breaks out among street people working as elves in a charity scam, and Kenji (Clyde Kusatsu) and his wife face a future without children after she loses a baby.

10PM NBC (13) (35) (4) (4D) (22) (33) MANCUSO, FBI (CC)–Crime Drama; 60 min.
Mancuso and Kristen (Robert Loggia, Lindsay Frost) try to make the case that a corrupt lawyer is connected with the disappearance and possible murder of an undocumented alien. Meanwhile, Jean’s ex-husband, an aging pro-football player, throws her emotions for a loss.

Although I wish the article about the “lost” Christmas episode of I Love Lucy was longer, it was easily one of the most interesting articles I’ve come across during my journey through the pages of TV Guide in 1989. With the holiday season underway, there were plenty of specials and special episodes airing this week on TV, yet viewers still had the opportunity to watch new episodes of most shows.

That’s it for this issue. Check back next week for my review of the December 23rd, 1989 issue of TV Guide. As always, hit the comments with any thoughts or reactions.