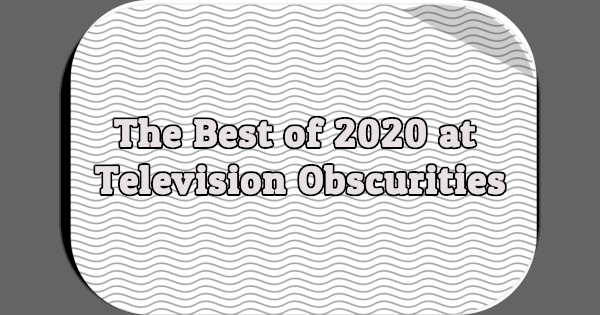 Last December, I announced I was taking a step back and finally treating Television Obscurities like a hobby, not a job. With limited free time, I was only able to published roughly two dozen blog posts during the past year. Here’s a look back at The Best of 2020 at Television Obscurities.